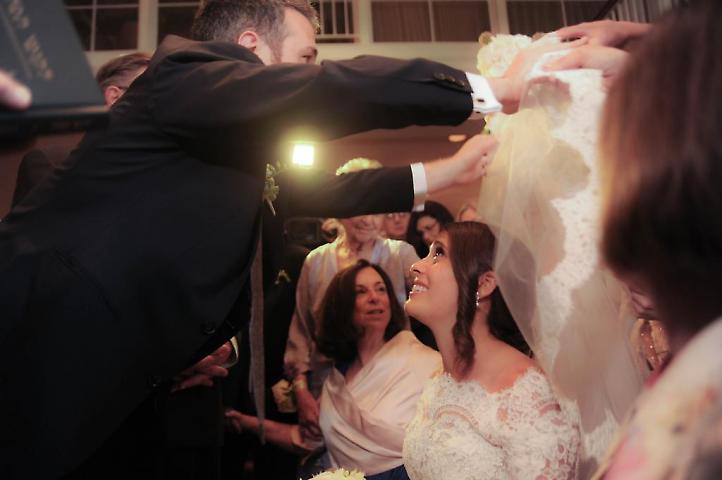 There are two commonly cited origins for the badeken.  One is the matriarch Rivkah, who covered herself with a veil when she first approached the tent of her intended husband, Isaac.  In so doing she signified that she was setting herself aside for him.  Since then, the veil has been taken to represent modesty.

The other source for the veiling ceremony is the story of Jacob, who was tricked into marrying Leah, the sister of his intended wife, because she was covered during the wedding.  He did not confirm the identity of the woman he wed until after the marriage rites were performed, and had to wait, and work, for seven years before he was permitted to marry the woman he had meant to – Rachel.

By covering his bride with a veil, a groom ascertains her identity, and confirms that he is marrying the woman of his heart’s desire.